"I would always choose the one to find out what is the truth!"
Translation: Hanna Häßlein

…was Mark Jansen’s answer when I asked, which Matrix-pill (red or blue) he’d choose. We met Epica’s grunter and guitarist, just as planned, on January 1st 2017 for a video-interview at the Captiol Hannover (concert recap and pictures here). As drummer Arien can Weesenbeek spontaneously decided to join us as well, I had the pleasure to be “sandwiched” by two gentlemen of one of the best looking bands in Europe. ;) 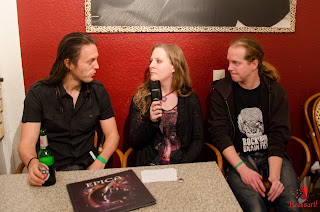 The interview mainly dealt with the latest album “The Holographic Principle” and, as hinted before, it’s content – especially considering topics such as quantum physics, virtual reality, artificial intelligence and philosophical questions resulting from these topics. In this context, Mark also explained why he sometimes wears a Guy-Fawkes-mask on stage. Furthermore, we naturally talked about the music itself as well, the process of creating the album and what Arien as the drummer contributed to it, why Isaac Delahaye (guitar) recorded all songs on the album, if Epica could exist without grunts and the possibility of a show with a full orchestra. 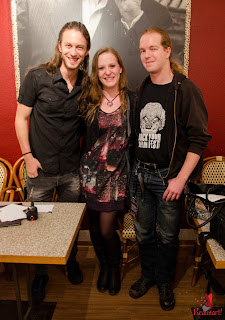 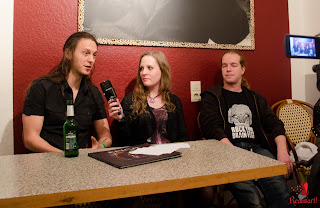 As a contrast to this, Mark and Arien talk about their personal favorite songs and movies (original versions versus remakes and which ones are better). During all this, the two never lost their humor – not even in the face of food poisoning.
The interview: