Review: All Will Know - Deeper Into Time (English Version)


"This world is our cage!"
Translation: Hanna Häßlein

A cage from which one needs to break out – this is exactly the atmosphere of “Deeper Into Time“, the second studio album of All Will Know. 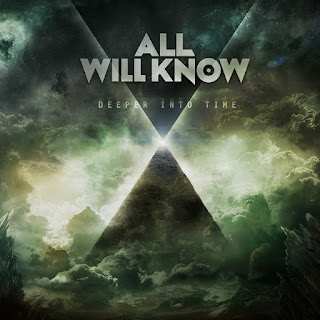 Furthermore, it consists of a great mixture of Melodic Death Metal and Metalcore, paired with electronic sounds as well as clean and guttural vocals, the latter one having increased. Generally, „“Deeper Into Time“ is a lot harder and handier than its predecessor.

One reason for this are the compositions themselves which were mainly created by Jan Jansohn (guitar) aka the band constant, but also a restaffing of the microphone. While the soft and hard passages of “Contact” were delivered by two different singers, Frank Richter, who turns out to be the jackpot, is taking over both parts on the new album. Aside from brute shouts, grunts and screams, his voice also shows a lot of strength in the sung parts such as the low and warm timbre – the mixture of both aspects through only one person is especially capturing – Jekyll & Hyde is alive! 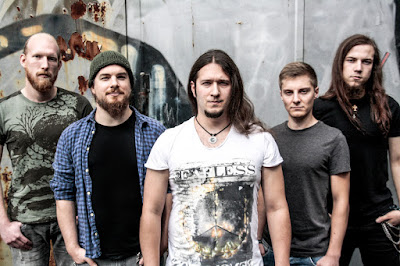 The new guy also breathes new life into the lyrics. Instead of (heart)ache, it is now mainly being caught in the everyday life and regret that is shaping the lyrical I. Hereby, it sometimes counts itself part of the criticized “We” and sometimes takes up a kind of savior role. Thus, “Deeper Into Time” is a socio-critical album, which calls for action and which satisfies lyrically all the way, supported and enriched by the music.

To put it crudely, the music is “freaking awesome” and thrilling, it is: older, harder, better! All the way through. Melodic and hardness meet in this album to a very appealing extent, which may lead to a listener’s transformation into a bouncing ball at times. The work at the guitar is outstanding, the solos completely satisfying. Frequent change of the beat make for a diverse listening pleasure which is being enriched by synthesizers and harmonies in just the right moments. Modern but Metal all the way through.
In all this, there is a common thread and a few parts that sound similar, yet, never in a way that would make it one-sided or boring – an art form that needs to be recognized as it is quite rare! 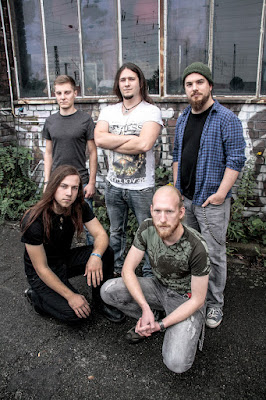 This made it almost unnecessary (but good) that a guest singer was on board. We are talking about Sami Isin (He.artwork, Dirty Flamingo) who took over the clean part of “Feed Their Minds” and entertained with a smoky voice. Moreover, Kristian “Kohle” Kohlmannslehner was responsible for some atmospheric spoken parts. This guy made sure of the right sounds for this album and proved once more why musicians such as Powerwolf and co are going in to the Kohlekeller. Lastly, Steffen Henneberger (guitar) had his first vocal performance during the catchy and infectious chorus of “Still, Cold and Lost”. Probably one of the strongest songs of the album.
Naming a favorite is more difficult than it was with the previous album as this album’s quality is on such a high level that basically every song is convincing.  Potential classics may every well be “Home” and “Deeper Into Time”, for those who like it more progressive, “The Rain I Bring” is the right choice.

With “Deeper Into Time”, All Will Know delivered an uncompromising album that is completely recommendable – Modern Metal at it’s finest!

Tracklist:
1. Home
2. Deeper Into Time
3. Still, Cold And Lost
4. Towards Deliverance
5. Feed Their Minds
6. Reset That Clock
7. Exceed And Refine
8. The Rain I Bring
9. Solitude In Fear
10. Existence Denied