Übersetzung: Hanna Häßlein
Wednesday:
On Wednesday, the festival area was still pretty empty and green which helped to keep the mud in check even though it was already raining. The festival visitors had different variation of raincoats on show. 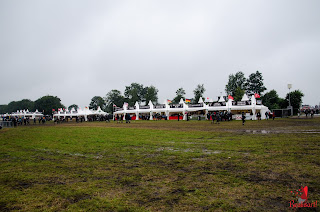 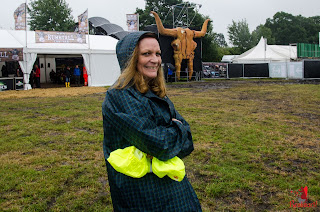 Thursday:
On Thursday, 4th of August, the ground had transformed into a mud puddle due to the combination of huge crowds and rain. Yet, the weather was still better than last year and the sun did bring some warmth which led to a constant change between rain jacket and t-shirt. Moody, but definitely an improvement! 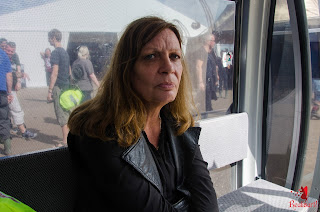 The misery of a torn ligament on muddy ground in a single look. 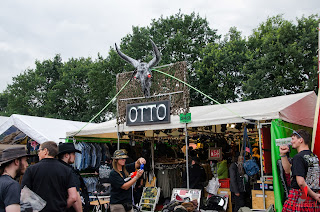 Store of the shopping mile and Beer Garden Stage. 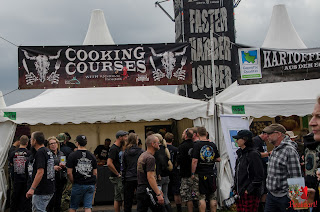 The Wacken Foundation Camp and the booth of the Pinneberger Kochschule. Musicians such as Kobi Farhi (Orphaned Land) or Oliver “Knobel” Peters (5th Avenue) held cooking classes in it. 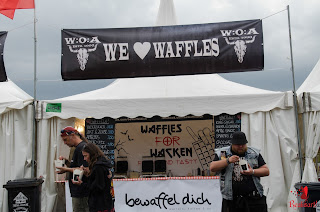 Even real metalers like freshly baked waffles with which they armed themselves at Wacken. 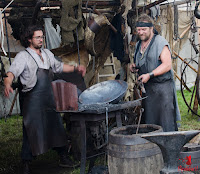 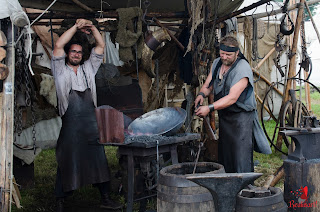 Real blacksmithing took place in the Wackinger Village, carried out by known faces. 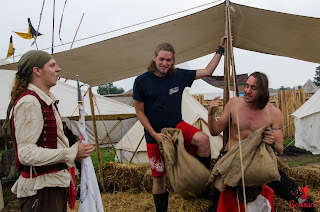 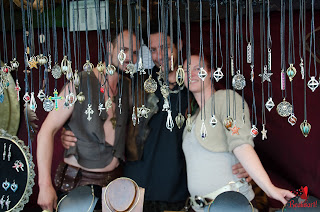 
Performance Foreigner:
Foreigner performed at night with a surprisingly good show. Naturally, the well-known anthem “I Want to Know What Love Is” wasn’t missing but also the rest of the rocker’s repertoire was very convincing. 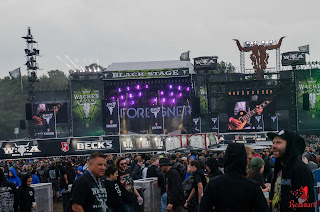 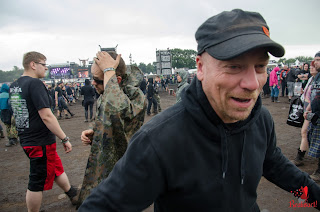 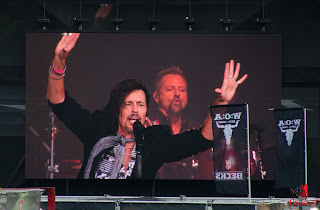 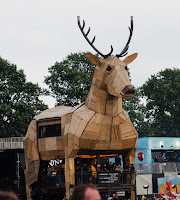 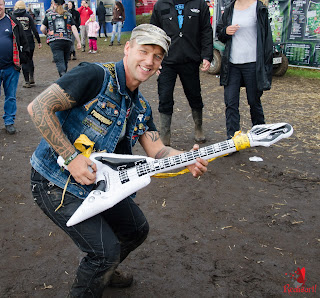 Luckily, no angry Spartans stormed out of the wooden monument of the Jägermeister-empire (left). Full commitment of a festival visitor while playing his air-guitar solo (right). 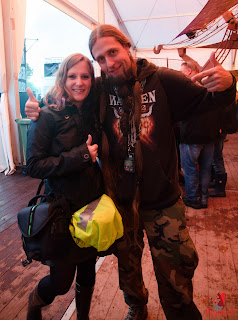 With Nylton LP. Grillo, who isn’t only active behind the scenes (Jesus Crüxler Supercar, V8Wankers,…) but also as a musician (Reals Sociedade). We just couldn’t make it past his superb head of hair.

Performance Iron Maiden:
Probably THE show at Wacken 2016, which fulfilled multiple life-goals and was a headliner of a special kind. The slightly older musicians presented their agile side and slammed their guitar strings with, at times, almost acrobatic physical play. 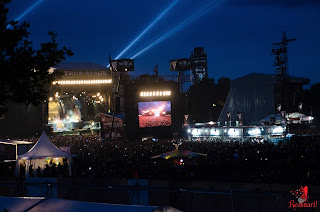 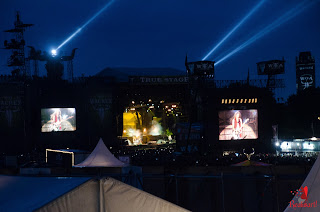 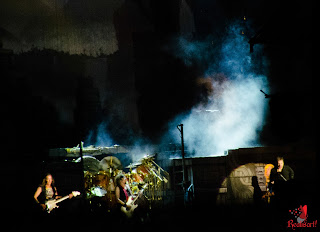 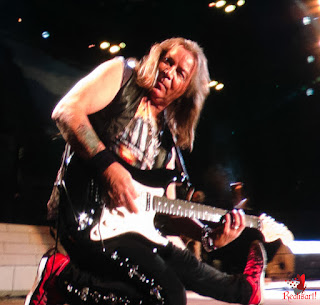