"Usually people are drunken, someone is naked and stuff like that!"
Translation: Hanna Häßlein

…doesn’t really sounds like something a melodic-death-metaler would say, yet, it is just that. The origin of this colorful hustle and of the dark music lies, as per usual, in Finland. On January 1st, 2017 at the Colos-Saal-Aschaffenburg we spoke to Niilo Sevänen (vocals, bass) of Insomnium. Our first video-interview of 2017 mainly dealt with, aside from naked truths, the current (and well deserved) successful album Winter’s Gate. More specifically, we spoke about the Winter’s Gate European Tour (pictures here), Germany, the emergence of the album, Niilos writing projects, contentual questions such as the ending of the short story, the special features of an album with only one song, Niilos favorite season and favorite part and the already mentioned backstage story, which is turning Insomnium into God the Father in Realisart!’s personal Best-of-Olympics. ;) 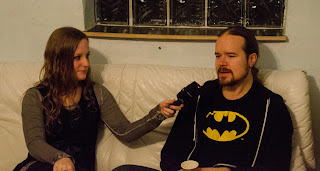 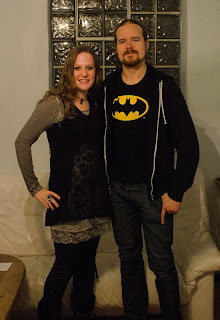 It is not only their story that is godly, but also their album “Winter’s Gate”. Its concept, music and content are a comprehensive victory and show a whole new side of Insomnium while remaining faithful to their old ways. Finish melodic death metal at its best!