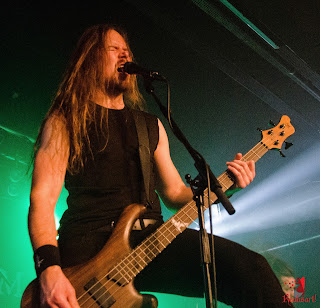 On January 12th 2017, Singer Niilo Sevänen (video-interview here) was just as excited about the German language as the audience during Insomnium’s show at the Colos-Saal Aschaffenburg. The Location was the second stop of the ongoing Winter’s Gate European Tour.
Hence, it is no surprise that the band started their show by playing the entire album “Winter’s Gate”, which consists of one single, 40 minute long song. During this, the atmosphere was the priority, the audience was not addressed and a dim blue from the back was the only light which led to the band members moving across the stage like silhouettes. This worked really well to reflect the album’s mood and the short story behind it. For the photographers, however, it was hell. Even as just an audience member, I could not warm up to the dim lighting since I like to see the emotions on their faces as well as other facial expressions and gestures, especially the musician’s craftsmanship. However, one heard enough of their craftsmanship during the song. When the second half of the concert, which consisted of older songs, started, one got to see it as well as the lighting went back to normal. 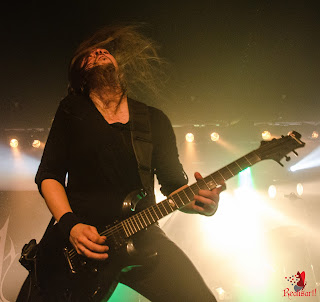 The set list included all Insomnium albums except the very first one and a balanced and strong mixture was ensured. This led to a great atmosphere which was fueled by riffs like the ones in “While We Sleep”. These strong songs were accompanied by strong musicians – this goes for all four of them. Niilo’s vocal performance as well as his intense grunts was thoroughly convincing. His bass matched the insomniac songs perfectly and his speeches and comments were refreshingly enthusiastic and showed off this youthful side – even after 20 years of band history. Ville Friman wasn’t only amazing with his guitar but his supporting clean vocals were simply superb. This was especially noticeable during “Winter’s Gate”. His rough voice was brilliant – almost more appealing than on the album itself! 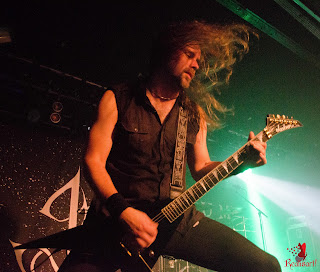 Another strong force during the process of wining the audience over was most certainly Markus Vanhala. He swept across the stage with his black Flying V and a double P consisting of power and precision and threw himself into pose. Lastly there was Markus Hirvonen who could barely be seen behind his drum set – yet, he successfully provided rhythms and made them sound clean from the back of the stage.
All in all it is not surprising that the audience loudly demanded an encore which they got in form of an Across-the-Dark-selection. 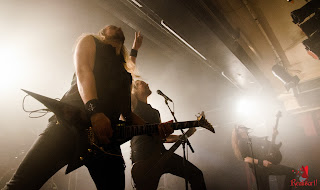 Conclusion: Insomnium delivered an almost intoxicating performance which started out with an atmospheric super-song and was continued with songs that were in no way inferior. The band offered their usual mixture of halting and impelling melodies, of captivating riffs and soft tones, of blaring grunts and melancholic sounds. This was completed with a coherent look and good sound – and of course a number 1 album that was right to give the tour its name. And as if that wasn’t enough – the location crew and the security were remarkably pleasant – a more than successful concert! 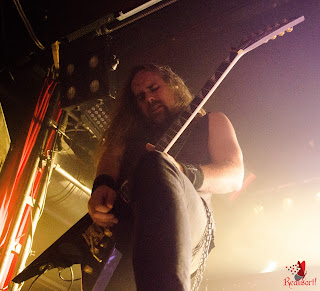