Following this motto, the fourth studio album by the slightly off-sided Melodic-Death-Metaler of Burden of Life is being released today. 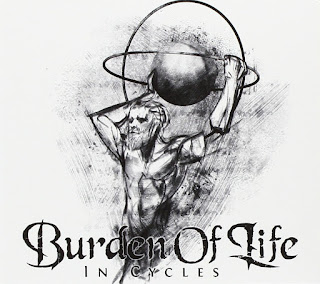 The opener “Amour Fou” already shows where the adventurous journey is going and initially made me question whether I had put on the right album. There aren’t many bands that will start off with a duet-ballade which is also featuring a guest singer: Klara Truong who basically harmonizes perfectly with singer Christian Kötterl. The combination reminds of a Maaya Sakamoto and Steve Conte duet, very appealing and including crescendos throughout the song; Kötterl especially is going all in towards the end and produces thoughts such as “Holy S**t, HE can sing!”.  Unfortunately however, this is only partly supported by the music; a meaningful title like “Amour Fou” should have a little more “going crazy”, especially coming from a band such as Burden of Life. Yet, this impression is revised later on and one can definitely say that this is an unusually strong opener. 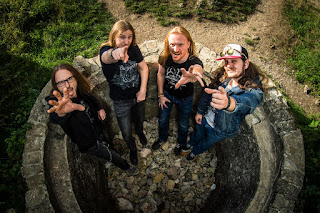 The music-video-number “In Cycles” is up next, which puts forwards conventional strength and offers a good impression of what the rest of the album is like: hard-core metal mixed with melodic power-elements and a choir-chorus. Overall, the contrast between hard riffings and shouts and grunts, as if Kötterl was throwing up his soul and long, mostly calm orchestra and acoustic parts are dominating. With everything he does, he is doing a great job, whether he is grunting, shouting, jangling, whispering, going crazy, dying, killing or, for a change, sing.


The strongest songs are “Devil In Detox”, “52 Hz”, “Lantern Slides” and “At the Heart of Infinity”. “Lantern Slides” is an atmospheric masterpiece with a perfect mixture of shouts and beautiful vocals, great instrumental parts, including a guitar solo. It also convinces with its calmer passages and surprises with small details such as the beautiful lead-violin and xylophone parts – a perfect and coherent structure from beginning to end! The album finishes with the twelve minute long emotional bomb “At the Heart of Infinity” which combines all the album’s assets one last time. Added to this is lots of chaos and almost parodic “lala-part” which is an example for the band’s skills to surprise and to make sure the listener has to smile now and again. 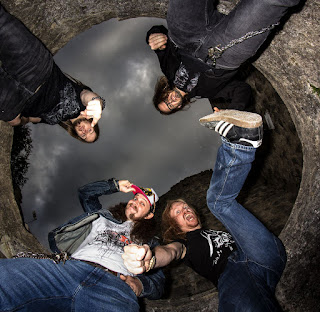 Musically, “In Cycles” shows parallels to Dark Tranquility or Insomnium, also goes in the direction of Dark Moor and yet, in the end is still very unique and creative. It celebrates musically, is full of instrumental variety and includes sounds such as wind, waves or alarms, not to forget the guest-solo of Jan Jansohn (All Will Know).


Despite all the different styles and stylistic devices with quite a progressive character, the album is still 100% Burden of Life. Furthermore, an atmospheric theme can be heard at times, which goes very well with the title song’s theme. Some parts, however, I personally find a little too melancholic – for example when the classical instruments are decreased too much – and find that there is more potential in this. During other parts are sometimes too excessive; the listening pleasure is being disrupted by too much progressiveness, thrashing and grunting. This is something one needs to love.


In the end, however, the positive outweighs the negative. Textually, the guys thought and came up with a lot and made sure this musical madness would last for eternity – overall coherent. With “In Cycles”, Burden of Life present themselves as ambitious racers who, at times, seem to be underway with applied hand break but, in the end, skillfully drift across the finish line!