"In the end you never stop!"

On the 16th of October, at the Female Metal Event, Realisart! lived by the motto which also works for Lacuna Coil and interviewed Cristina Scabbia that night. At that time, her show as the Headliner of the first festival day was yet to come for the powerful singer. 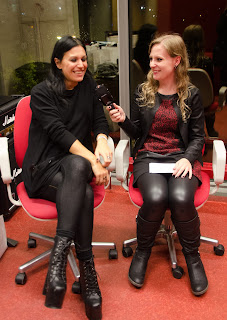 However, there was still enough time for a conversation about topics such as the approaching show, the Female Metal Event, Female Fronted Metal in general, the latest album “Broken Crown Halo”, the circumstances which led to the creation of the album and the corresponding song “Nothing Stands In Our Way”, Italian vocal parts, relationships and horror movies, Ingeborg Steenhorst, a very special calendar and more reasons for Christina being called “Catwoman” than just Christina’s strong will and clothes-color. 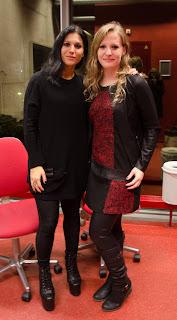 Furthermore, the new album was addressed which will be released in 2016 under the title “Delirium”.