"No matter if it’s hot or raining, Wacken sure will be amazing!“
Translation: Hanna Häßlein
﻿
After a more than successful line-up last year, which didn’t suffer in its quality even though the weather was rather bad (euphemism), Wacken Open Air 2016 offers a surprisingly good choice of various band from the metal-world yet again.

Last year, the first bands for this year’s festival were already announced on site, amongst them first highlights such as the furious speed-metalers of DragonForce, who only recently released their best-of album “Killer Elite” and therefore most likely will perform some of their biggest hits of the last two decades. Another highlight is Orphaned Land, who recently became a talking point with their acoustic tour for their extraordinary album “All Is One”.
This year’s headliners are certainly impressive, amongst no one lesser than Iron Maiden with their Book of Souls tour as well as Blind Guardian. However, these are not the only classics as names such as Symphony X and Orden Ogan can also be found on the line-up list. No half-measures were taken with the choice of female front singers, amongst others Tarja (with a brand new album) and Therion were invited to the festival. Furthermore, a special focus was put on genre-variety this year. With energy-filled progressive metal (Borknagar), folk metal (Eluveitie), epic metal (Equilibrium), hardcore (Parkway Drive), rock (Serious Black) as well as much black and death metal, everyone should find something that fits their taste.
For those who like it a little more toned down with modern elements, the Wackinger Stage is the place to go. There, medieval music-companions such as Versengold, Vogelfrey and many more will let off some steam. Additionally, the question “what is love” may finally be answered – by Foreigner on the main stage.

The established event Metal Battle will also take place again and entertain the visitors of the party tent. There are still countries, who haven’t declared their winners yet – not really important though. After all, this event gives lesser known bands the opportunity to present themselves in front of an audience and, on the other hand, gives the audience the chance to discover new bands from all over the world as they most likely already have opinions on the more known bands. 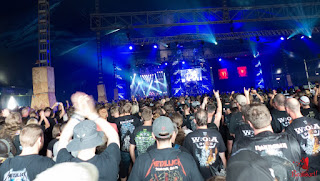 After their unfortunate cancellation during the Scorpions tour, Beyond the Black will join Wacken for the third time in a row and present their latest album “Lost in Forever”.
All this already makes it clear: We have every reason to be excited yet again this year. Excited about the bands, of whom only a few were mentioned here, about all the other events, about the food and last but not least about the weather – may the sun be with us this year! Other than this it’s still true: Whether there is rain or sun, to Wacken all of us will come!

For the entire line-up and further information, click here. 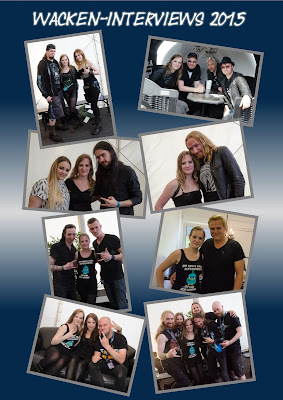 And check out Realisart!‘s video-interviews, articles and picture from last year.