The "Haven" of a night!
Translation: Hanna Häßlein
Was, on the 18th of September 2015, die Essigfabrik in Cologne, offered by Kamelot, the knights of Melodic Metal, who, amongst other things, presented their latest album “Haven”. 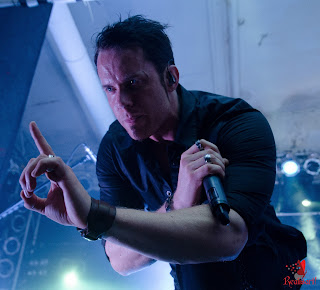 After two incredible concerts, the show in Cologne was my third Kamelot-concert.
Here too, Tommy Karevik managed effectively to prove himself as a world-class singer and thus, shone on stage like a little diamond. Rarely does one hear a voice so rich of variation which also belongs to a very handsome instance of the male species – a joy for eyes and ears!
Next to this wind, the older rest of the band was, yet again, of high quality. 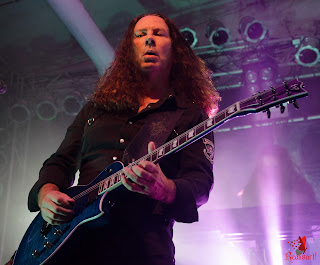 Thomas Youngblood (Guitar) performed with his distinctive coolness and poise. This may at times seem arrogant or distant to one or the other, however, at the end of a gig this is usually demystified by handshakes etc. He always proves himself on the guitar. The same goes for Sean Tibbetts (Bass), who walked across the stage as determined as always and thereby often let his Twins hairstyle flow as if the stage were a backdrop of Matrix Reloaded. 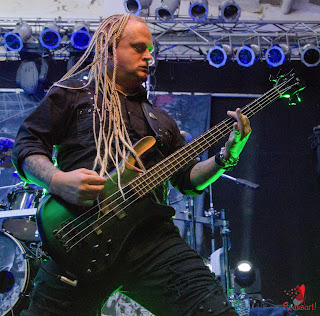 Once or twice, similar behaviors could be observed with Oliver Palotai (Keyboards). Even though he forwent a solo during this tour (the reasons in the interview) and generally doesn’t make big fuzz around himself, he always satisfies with his passion for music and additional emotionalization of the music. On the other hand, the last of the bunch, Casey Grillo (Drums), insisted on his solo this year. During those, he likes to let his fists fly and to escalate and this night too, he had a grand finish after turning it down a notch during the concert – entertaining and well done! 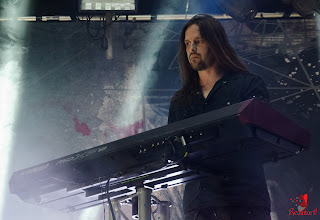 This mixture made a great show almost obligatory. In addition to playful skills, it was mainly the special mixture of emotion and animation that make Kamelot-concerts so appealing. Tommy sang the “Song for Jolee” with special dedication after he talked about his grandfather who died last summer and who made him remember the truly important things in life. At the same time he fooled around as we openly admitted his love for Sean’s Bass or introduced his very special item, the “Invisible Magic Volumer from Sweden”. German attempts like “eins, zwo, drei” as well as an audience performance to “Forever” also found their way into the concert. 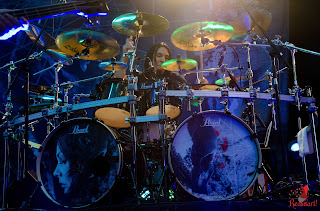 With all this, the band was yet again supported by a female singer who this time was called Linnéa Vikström and who should be known to many due to her shows with bands like Therion. Even though she wasn’t entirely successful to replace Alissa White-Gluz (less stage presence, seemed over conscientious), she still did a good job and satisfied especially during the clean vocal parts. Her show to “Liar Liar” was beautiful to watch, during which she wore a mask that distracted from her strange leggings-bra combination and optically moved her from the 80s to a more symphonic era. 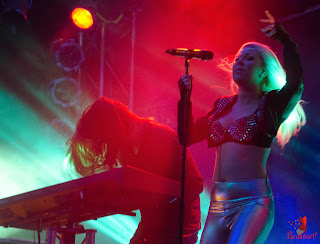 With all this, Kamelot could take the liberty of staying backstage a little longer before they gave their encore. In the end, the continuous singing of the audience finally made them come back for a final grand encore which offered and musical bomb for the ears and, with Sean wearing steampunk glasses, for the eyes.

All in all, Kamelot once again presented a very good show, yet, I was personally more intrigued by the Silverthorn-Tour. This was mainly due to the song choices which weren’t always picked skillfully and which would have done better with one or two more Haven-songs – this great album definitely has the potential for that! 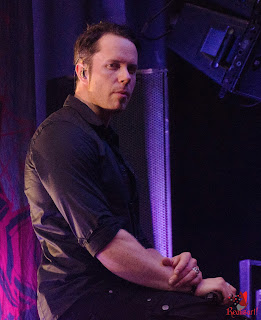 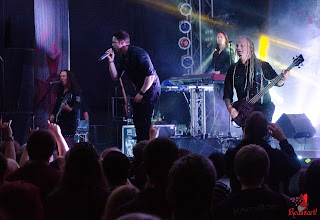