“You know me, I’m a drama queen!;)”
Translation: Phil Graf 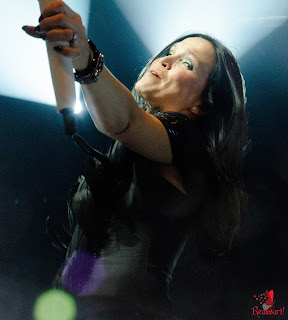 This sentence alone is capable to describe the mood that prevailed during Tarja’s concert in the course of the Shadow Shows series at the Batschkapp Frankfurt on 10th October 2016, as it reveals the general enthusiasm in the hall, Tarja’s tendency to not take herself too seriously and additionally hints at the drama that constantly prevails on stage and is already reflected in the songs.

The new opener „No Bitter End” already made clear what a bundle of energy Tarja still is and how effortlessly the Finn binds the audience. She was adored in an almost cultic fashion by the audience, but it definitely inspired her to the extent that the self-proclaimed “Old Bitch” seemed to be sincerely moved and apparently regarded it as an incredible joy to perform in Frankfurt in front of exactly this audience after 20 years on stage. 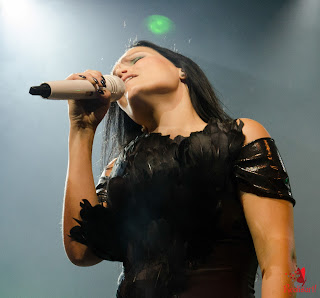 She celebrated her stage experience  for a reason, because, besides the entertainment factor, Turunen was able to convince vocally! While doing so she dared to depart from the classical attitude, in which she shines over several octaves as it is, which made for variety besides the celebrated rolling R in “Victim of Rituals”. Variety was also made for by the balanced set list, which contained a mixture of old and new songs, as well as faster and sentimental numbers. The latter, including “Lucid Dreamer”, featurs a strong goose-bumps-potential. 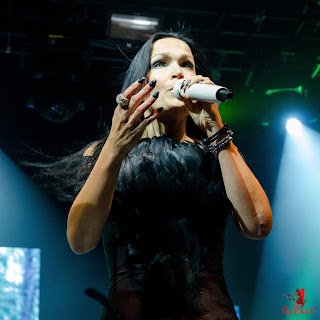 The concert was also able to convince technically: five big LED screens stood in the background. On occasion these showed the music video matching the current song, a picture show or an atmospheric animation that contributed to the ambience, like blood flowing down or bonfires, while the screens remained empty in some places. Optically, the constantly shifting focus was an additional delight. 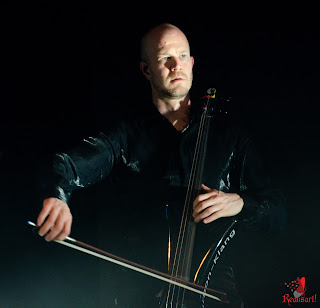 This technology was contrasted by a short acoustic session, for which the band, consisting of Kevin Chown (bass), Christian Kretschmar (keyboard), Max Lilja (cello), Alex Scholpp (guitar, vocals at Nightwish-Cover) and Timm Schreiner (drums), completely shifted to acoustic instruments and gathered in a semicircle together with Tarja at the front of the stage. This intermezzo, which included “I Walk Alone”, was another terrific variation. 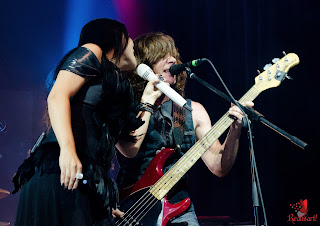 Beyond that, the success of the concert would not have been possible without the other musicians, all of whom knew their business – a truly well-coordinated band! Thus, Turunen gave them enough room to present themselves as such, for example when she intermittently left the stage for an instrumental men’s circle, conceded a magnificent cello solo to Lilja or honored the musicians with introducing them by name. 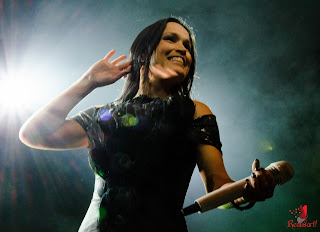 After a more than successful performance, Tarja (in a white Wacken outfit) and the band returned to the stage for the additional songs. Besides the evergreens “Die Alone” and the concluding “Until My Last Breath” it was especially the new song “Innocence” that, in combination with the music video, constituted another highlight of the evening. After this finale, the audience hardly wanted to release Tarja and Co. 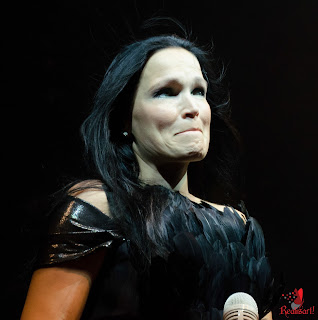 In the end only one thing counted, which was the moment. This became apparent by the fact that surprisingly few mobile phones and cameras obstructed the view and the audience instead completely focused on the experience – a benefit for all participants.
Thusly, the Shadow Shows in the Batschkapp were a total success!